“The views expressed on this blog post are mine alone and do not necessarily reflect the views of my employer.”

Last December, I received a few recognitions by my department – Employee of the Month(December 2016) and Employee of the 4th Quarter( October- December) Then this January, much to my disbelief, I was voted by my coworkers as Employee of the Year(2016). This took me by surprise because I had only been with Tennova Healthcare since last June. It’s beautiful what God can do for you in such a short time. To be honest I think everyone in my department should’ve been recognized because I feel like we all as a group work hard. 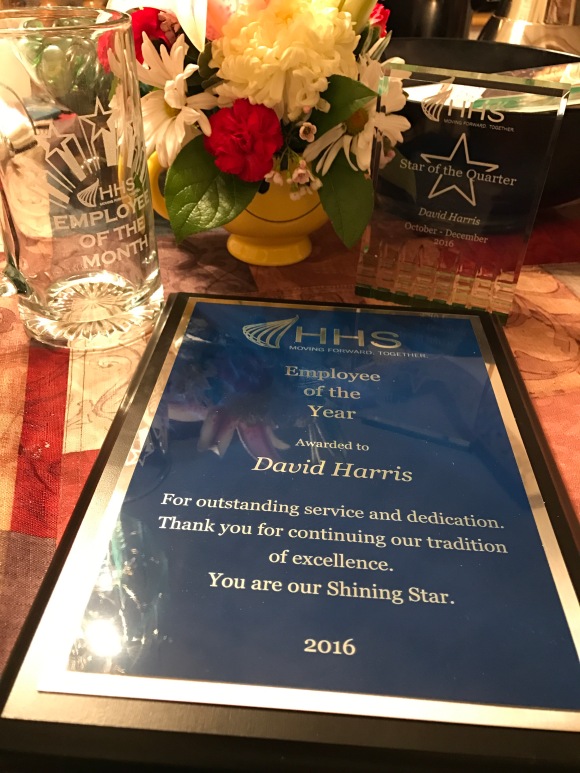 Still, it felt good being recognized for what I had done. That night as I lay in bed, I talked to God, thanking Him for what he had done for me. While working sanitation in a hospital isn’t my dream job, I am glad that God gave it to me.

Some people will push themselves  to work twice as hard as anyone else. Me, I push myself three times as hard because:

1. I love to work. About a month ago at a church social, I told my father and a friend that this was so. They both looked at me as if I had bumped my head. Yes there is such a thing as a person in their 20s who likes to work. Just sitting around on my butt for too long when I could be doing something productive does not suit me.

2. It’s in my blood. Both of my parents have been working at Walmart for over 15 years. Mom works as a cashier during the day, and Dad works at nighter as a stocker.  My dad also had his own personal lawn care business, which he originally started for me to make money in between college semesters. The man has been working since he was 14. My mother is the head of our church social committee, in which she plans church socials such as game nights; movie nights; and church camping trips. She is also in charge of the church cleaning. It nobody is signed up to clean the church for a month, she will have our family do all the cleaning.

3. Money It’s not the money itself I’m in love it, but I love knowing that I can pay for my own stuff. No, I don’t have to physically hold cash or roll around naked in it(that would be amazing, but who wants literal dirty money) to be satisfied. It is a plus that I am bachelor, because I can spend it on me and decide who and what I want to spend it on. Don’t worry, when I do get into another relationship I will not be greedy or cheap. The appropriate term will “smart” with my spending.

4. Disability Dont get me wrong. Even if I didn’t have a disability, I would still work as hard as a Hebrew slave, as my dad says he does. Being different has just given me a reason to push myself that extra step. I refuse to let my speech define me, so I strive as best as I can in not only speaking, but in everything else that I can.

I encourage everyone, no matter what your occupation is; anything from food service in a hospital to the head of a company, give it your all and nothing less. 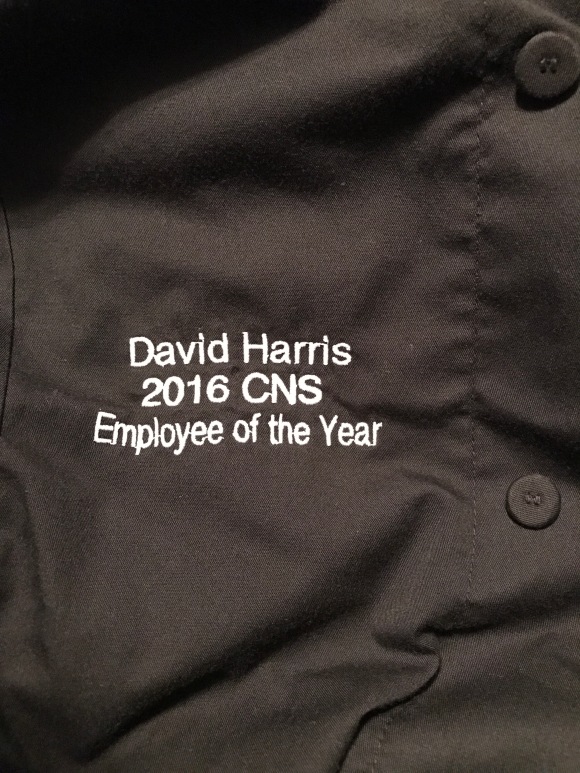 What ever you do do it to the glory of God. Yes, the hospital writes your pay check; however, it is God who open the door for you to get the job. He also give you the strength, knowledge, wisdom and the ability to do the work that is required. Therefore, work as though God, Himself is using the facilities you clean. Because He is. Yes, He is right there by your side in everything you do so whatever you do do it to glorify and praise God.